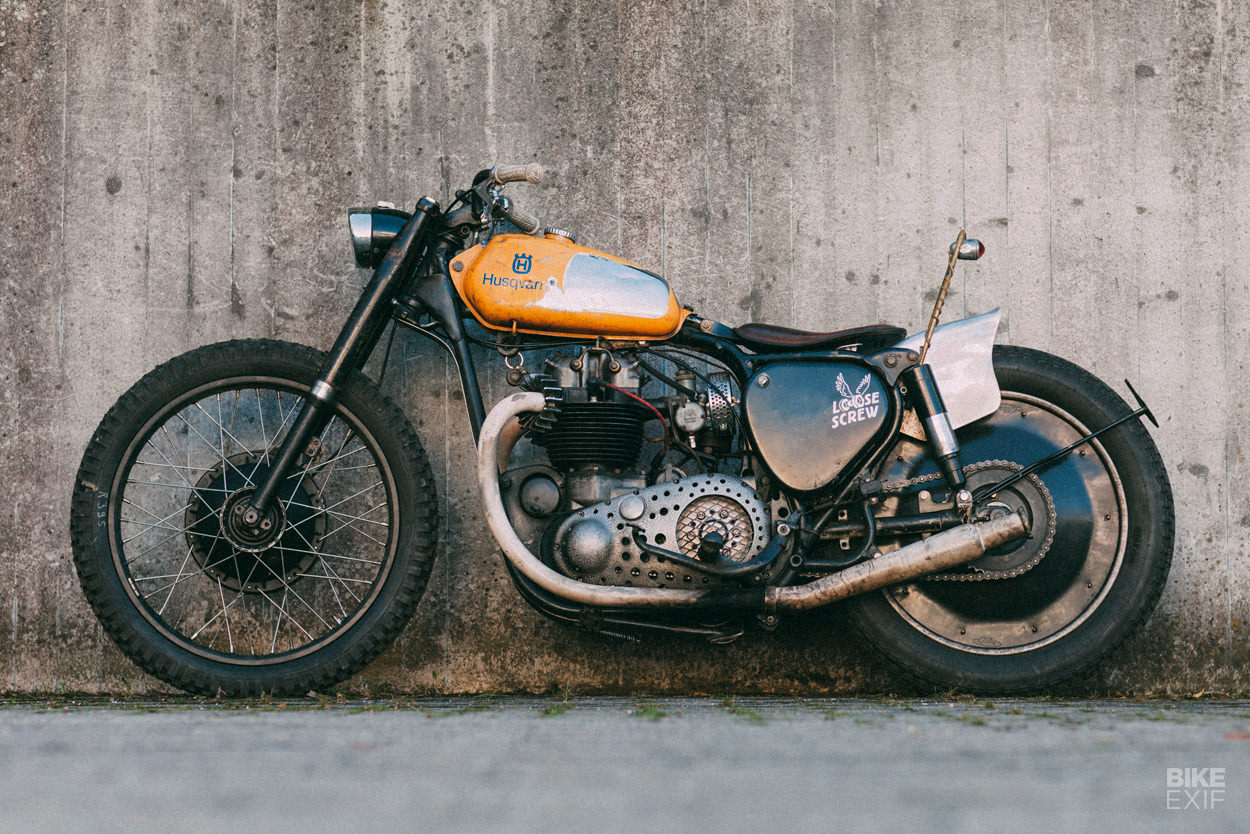 For every pro custom builder out there, there are countless hobbyists and enthusiastic amateurs. But whether you’re rebuilding a motor to factory spec or simply swapping out handlebars, you need two things: tools and space.

Not everyone has a Walt Siegl or Max Hazan level workshop at home though. And so, over the past few years, DIY-centric communal workshops have started popping up.

The Loose Screw is one such spot. Based in the small town of Dachau, about 20 kilometers from Munich, it’s home to a collective of creative people who work on everything from bikes to furniture. It’s also a spot where you can rent space to wrench on your bike—either by yourself, or with assistance from the staff on hand.

Enrico Pauli started the Loose Screw two years ago, and balances his time between helping others and working on his own stuff. This ratty-but-charming BSA is his daily rider, and the fact that it’s a little scrappy is completely intentional. 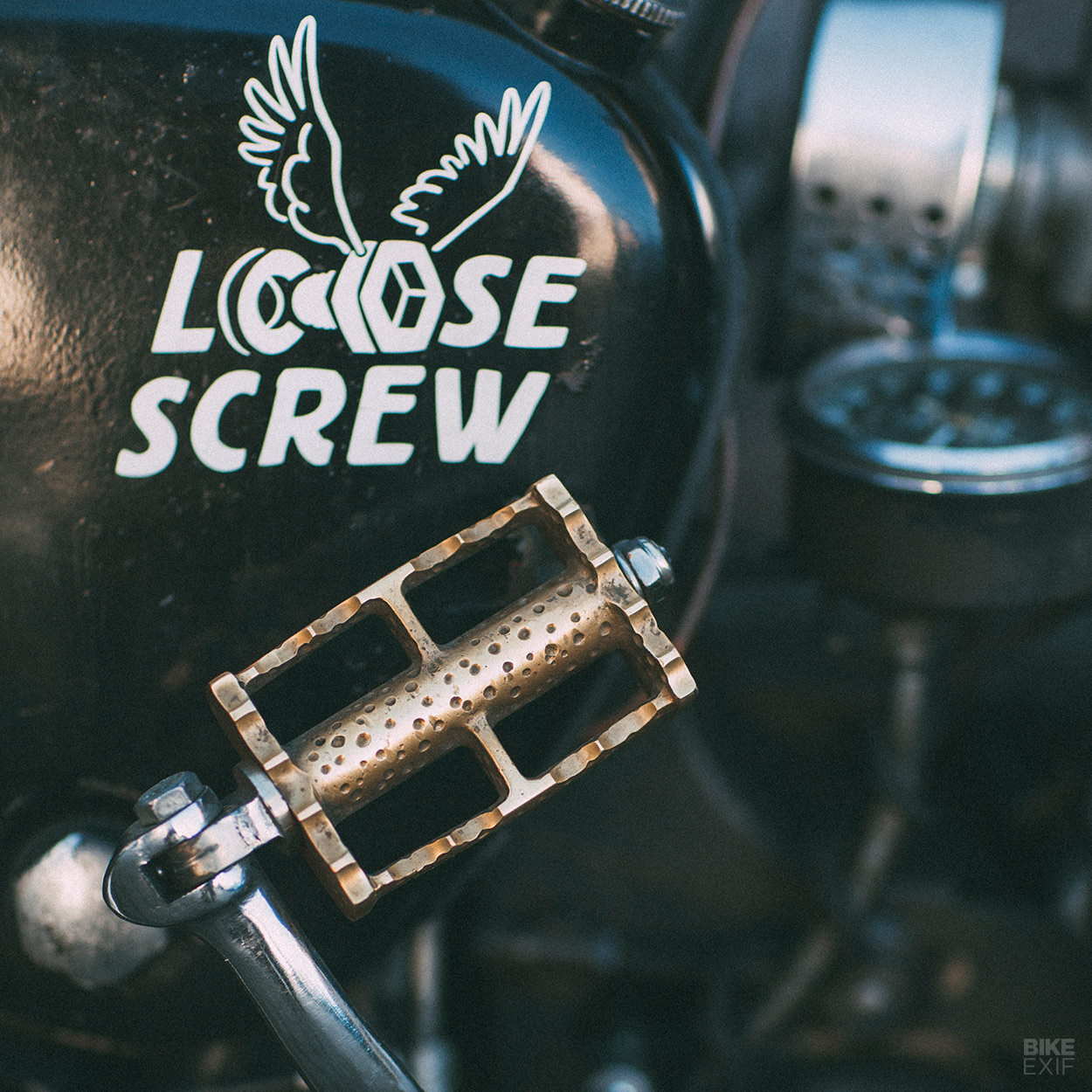 Enrico bought the 1956 A10 as a non-runner “It just stood around for a few years,” he says. “It was in ‘original’ condition, with rust and patina.”

“I didn’t want to over-restore the bike, but rather keep the patina and the charm. So that the motorcycle would look as if it had been rebuilt in the 70s. I also never have a plan how a bike should look at the end—most things develop while building.” 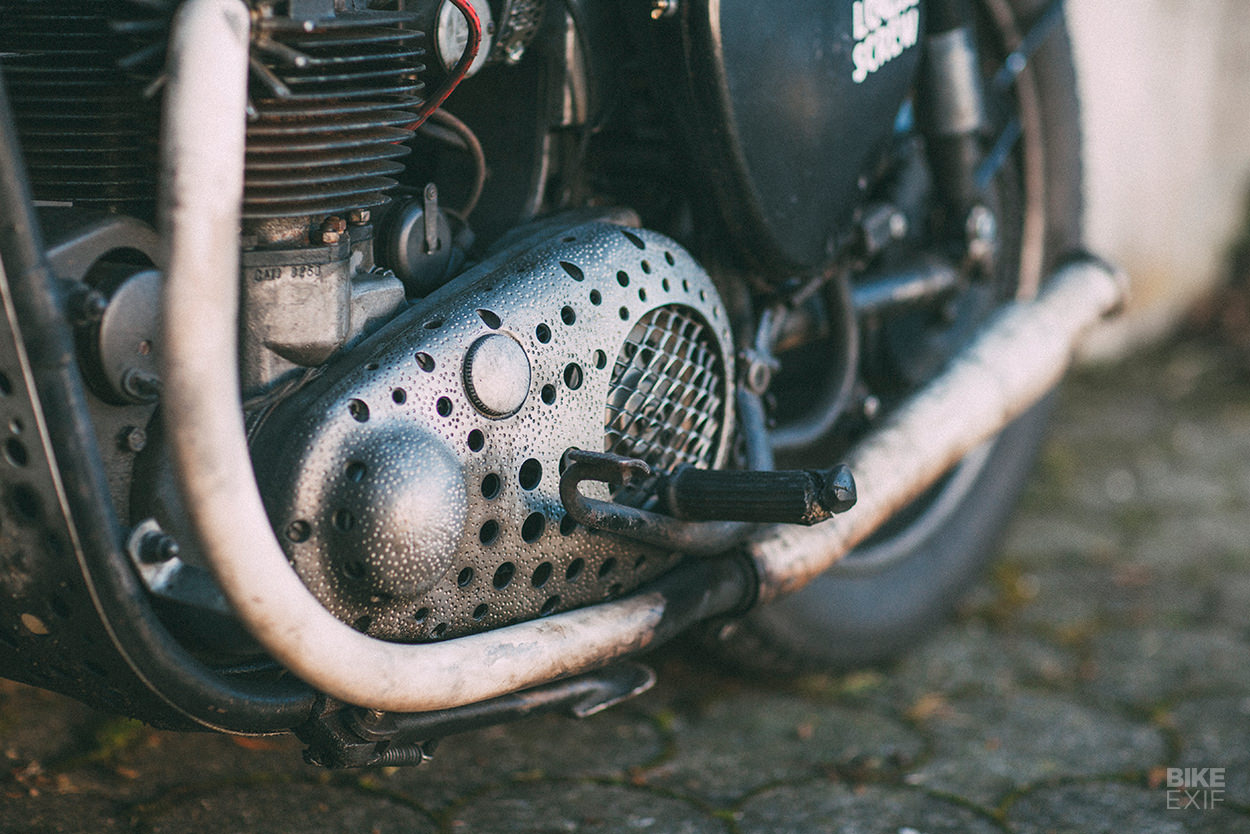 While this vintage Brit looks like a weathered rat bike on the outside, Enrico still wanted it in tiptop shape on the inside. So he rebuilt the motor, and added a new Bob Newby Racing primary. Then he decorated the primary cover by drilling it, dimpling it, and adding a grill to keep clothing out.

Enrico also rebuilt the electrics around a 12V system, and modified the kick-start pedal. The carb runs through a classic pancake filter, and the exhaust is a combination of the original headers and a pair of generic aftermarket cocktail shakers. 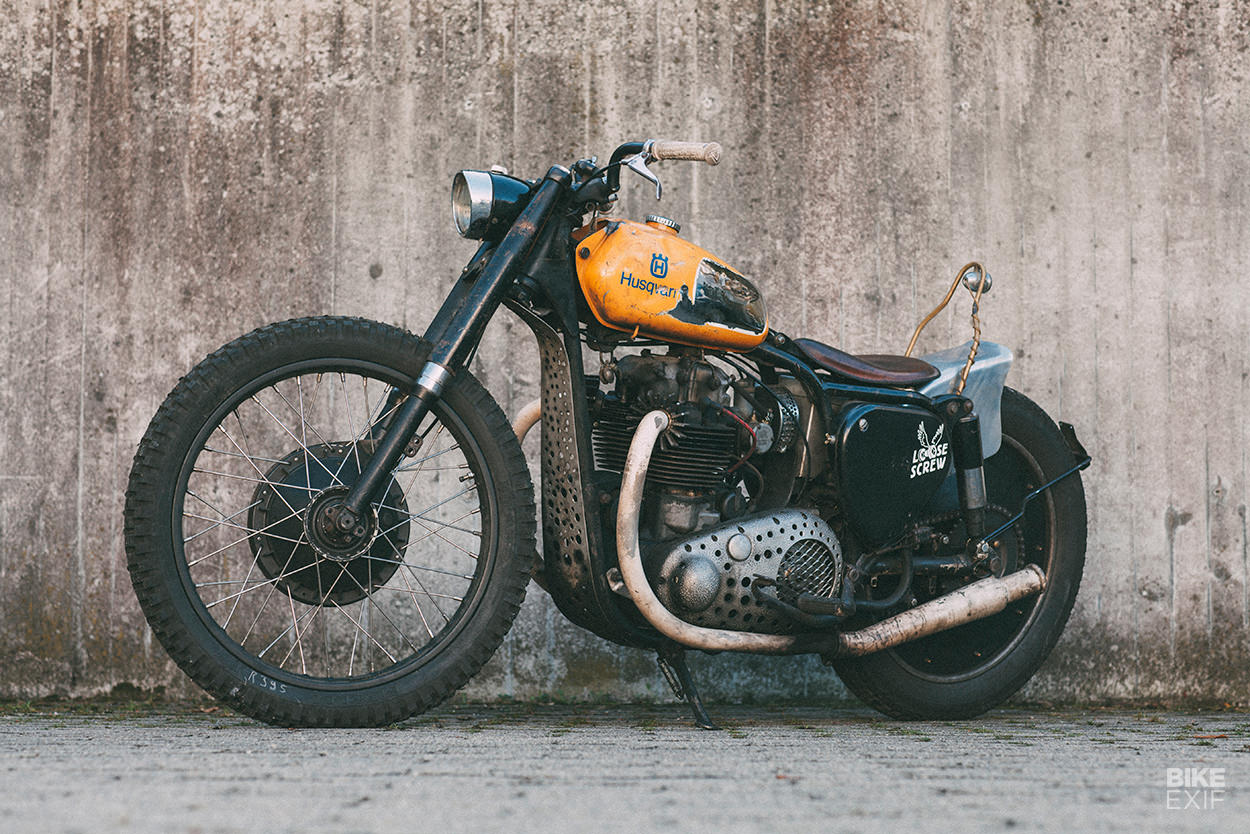 Moving to the chassis, Enrico took ten centimeters (almost four inches) out of the lofty forks, and then installed a new pair of vintage-looking Hagon shocks in the rear. The rear wheel is the stock 19-inch unit, covered by a pair of sand-tracker discs.

The front wheel’s been built up with a 21-inch rim and a Triumph Tiger 650 hub. It features a Triumph drum brake too—a mod that took a while to get right. 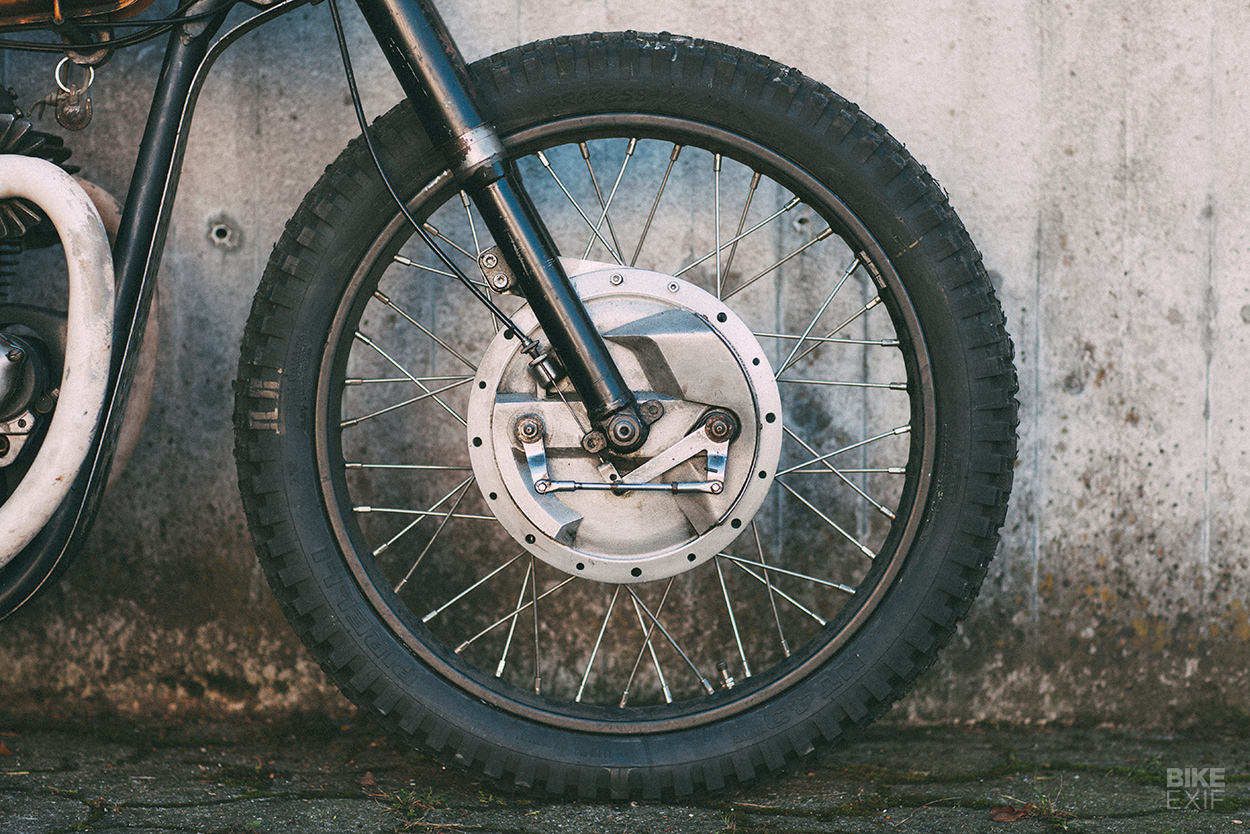 Most of this BSA is a pick-n-mix of well-worn vintage parts, sprinkled with a few hand-made touches. The fuel tank is off an old Husqvarna dirt bike, and still wears what little original paint and chrome it has left. But even though the solo seat looks old, it’s new; custom-made by Bad Ass Seats in the Netherlands. 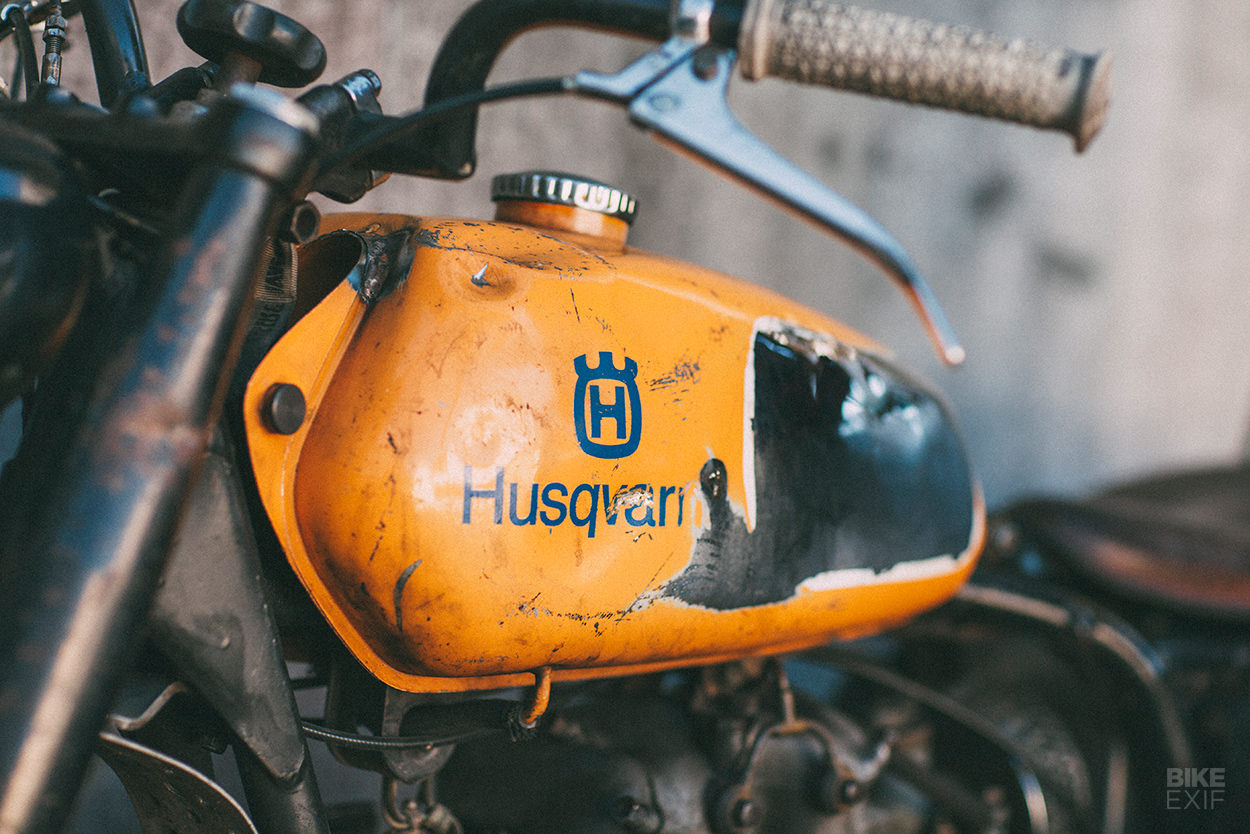 Enrico made the chunky rear fender by hand, emulating the style of sand-track racers. The sissy bar’s custom too, and acts as a mount for a small bicycle taillight. And there’s another one-off piece lower down; a license plate mount behind the rear wheel. 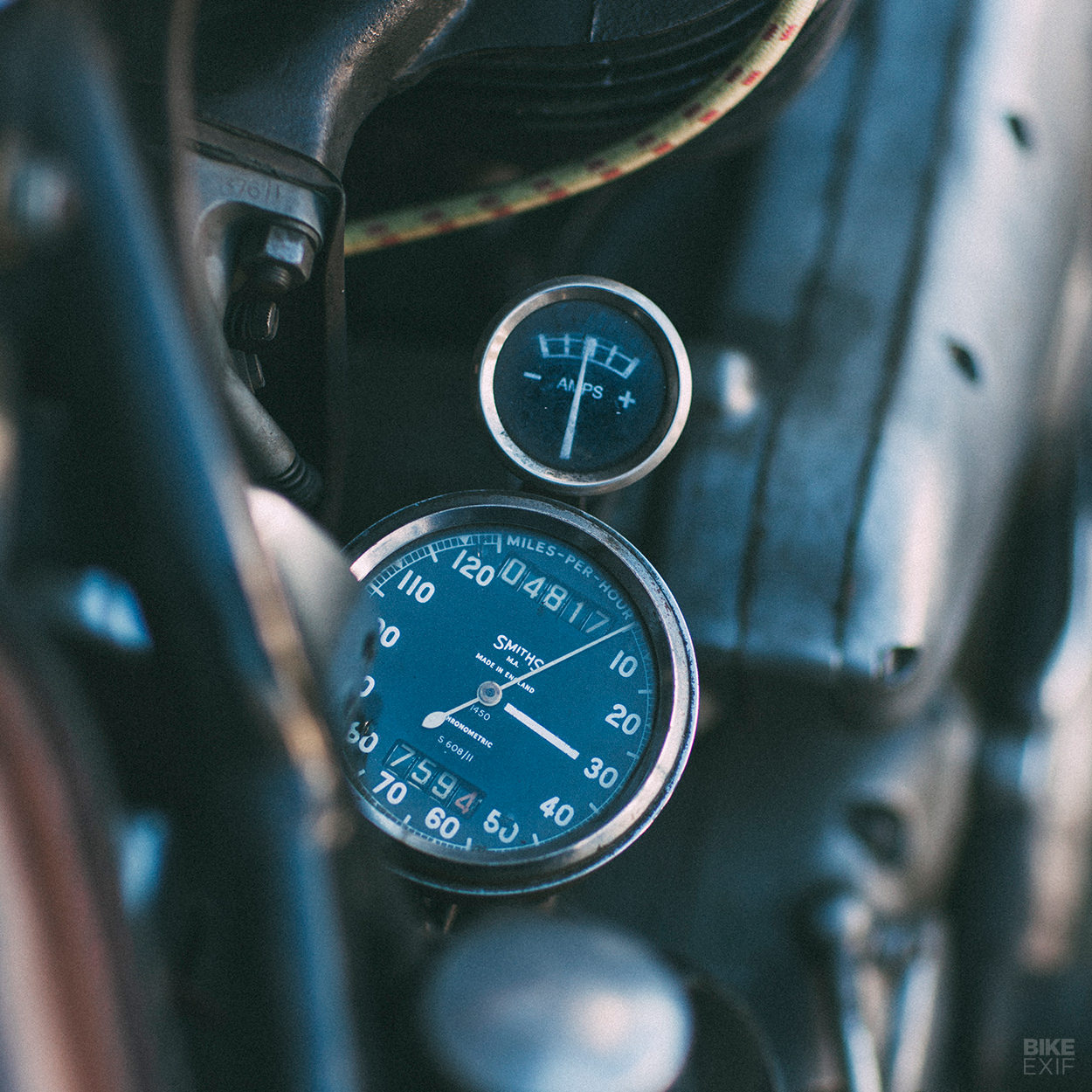 There’s a Smiths speedo mounted down low on the right, next to the motor, alongside a small amp meter. Up front is the headlight from an East German 50 cc bike, the handlebars off a BMW K100 and a pair of BMX grips.

Cheeky little details abound—like the mismatched cloth spark plug cables, and a ‘guardian bell’ hanging under the tank. Enrico also fabricated a long bash plate to run along the front of the frame, riddled with holes in alternating sizes. 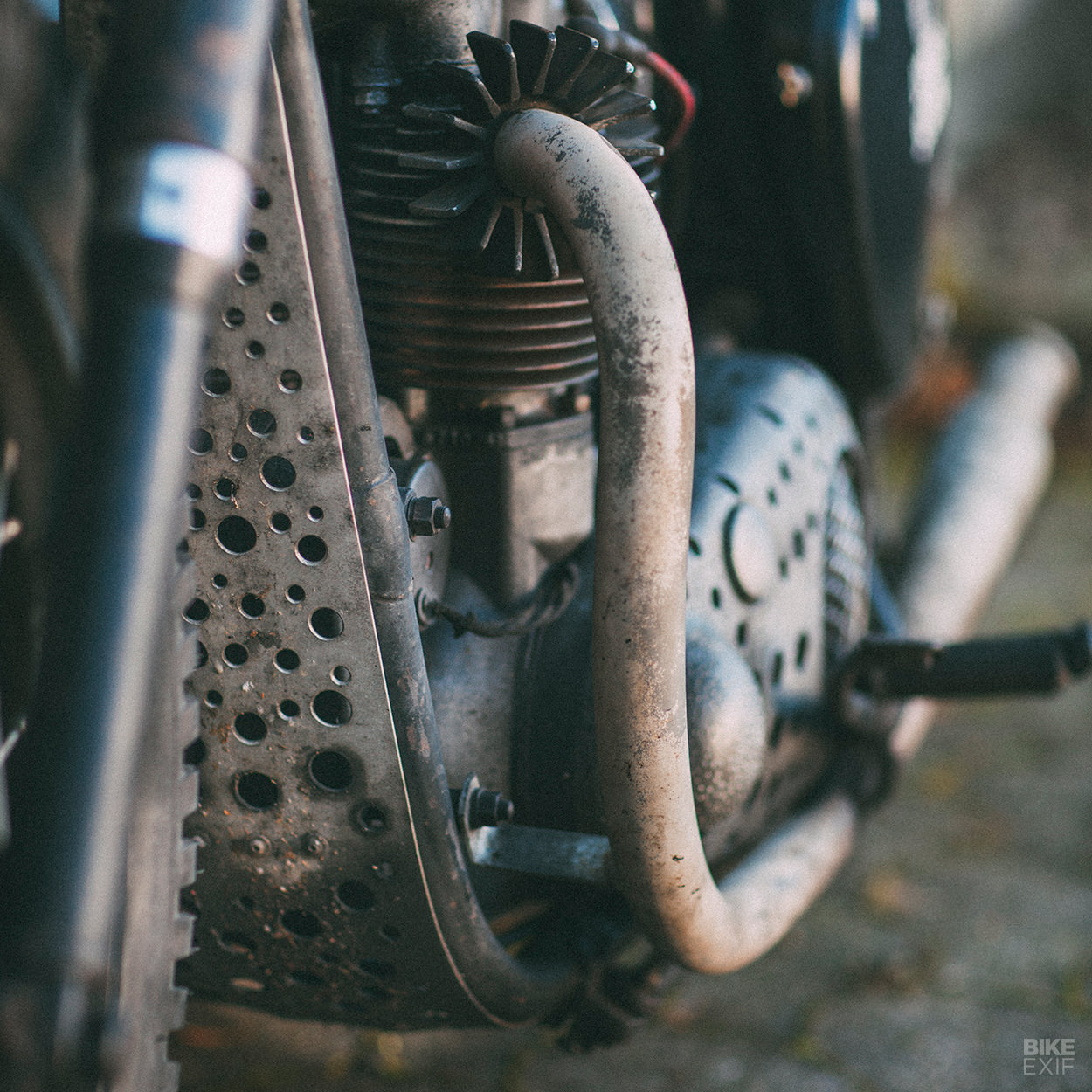 Yes, the A10 looks like a busted up rat bike, but it’s also as cute as hell. And it goes, too. “The bike is my daily rider—mainly in summer, of course,” says Enrico.

“It’s very agile and can be ridden rather aggressively… almost feels like a moped. No big electrics, everything reduced to the simplest.” 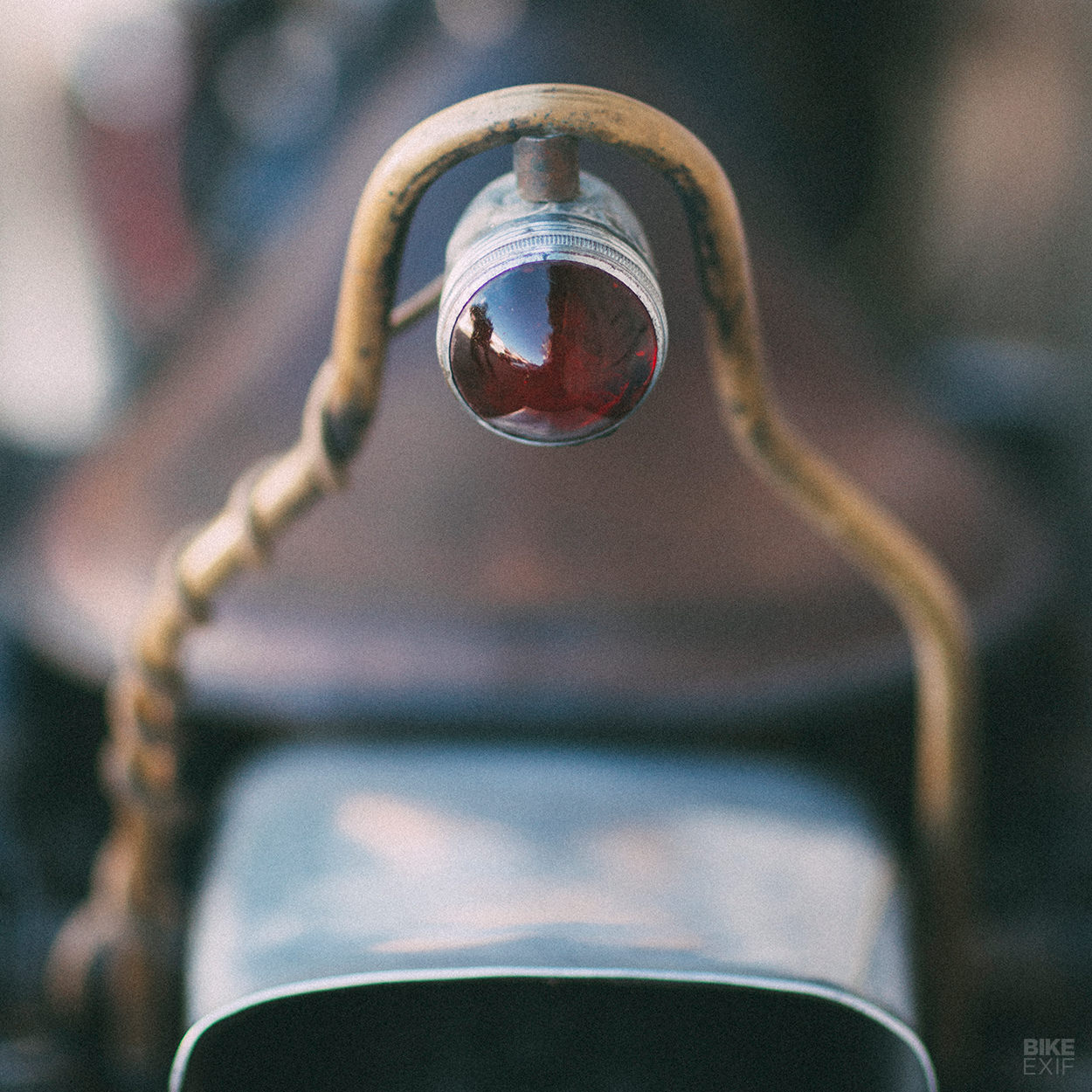 “I also take it on road trips with our crew, no matter where we go. I even took this thing to a classic old-timer rally in Bavaria and raced it. There’s not much more you need or have to ask for.” 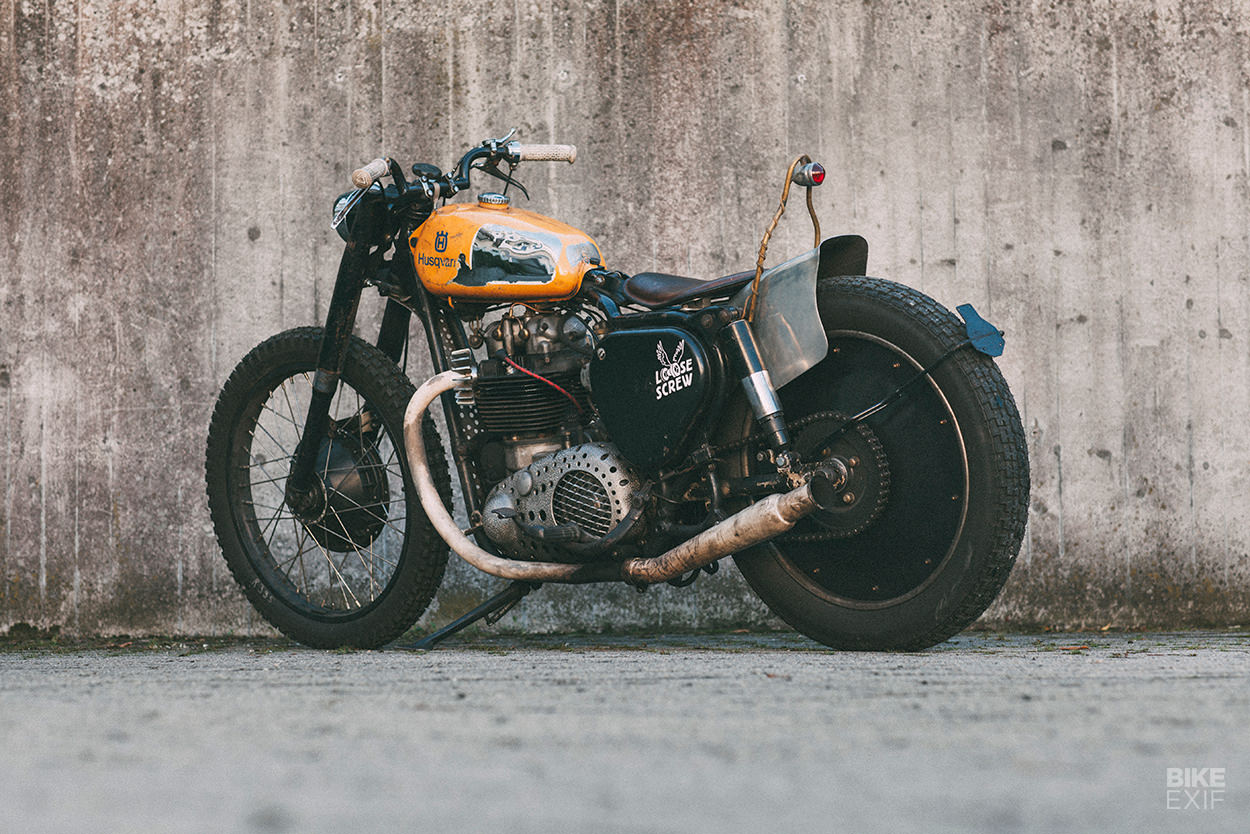